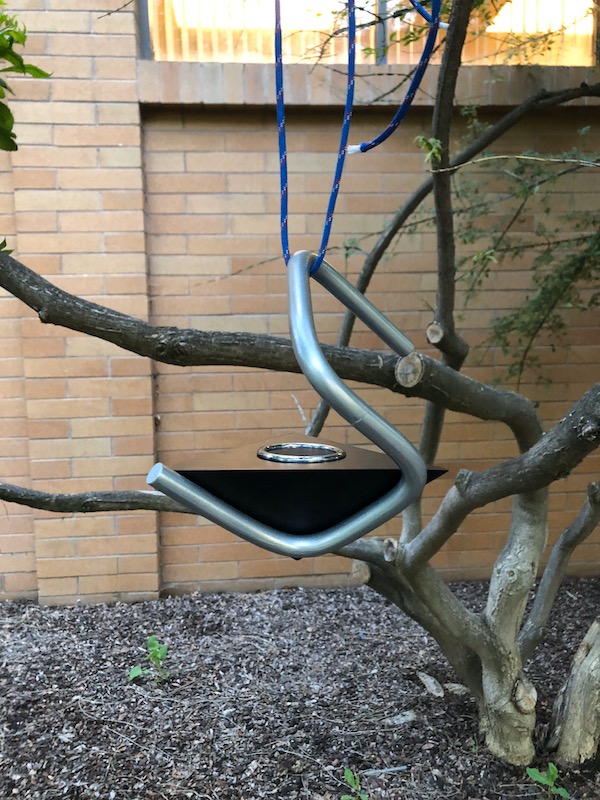 I developed and created a portable speaker using 3D printer and portable speaker internals with the only requirement to not make a cube. The initial thoughts were to make a cube. I analyzed the meaning of cube in its simplest form which is a six-sided object that could be placed on its faces and not fall. The prototype idea involved a half of a cube in its triangular shape, with a single handle shaped in a way to give it the ability to be placed on all six sides while still being upright. I then modeled my drawing in Rhino 6, printed and assembled the volumes into the completed prototype. To this day, it’s been one of my favorite projects, and still in use.