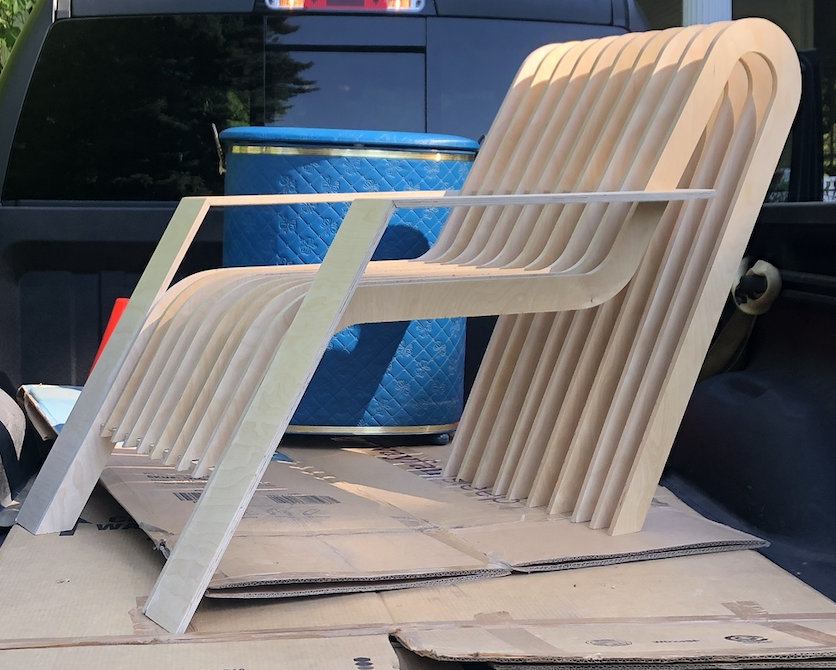 I created something that would be the central point of the room featuring an attached location similar to that of a rock formation. This piece would also feature an easy to clean underneath and a comfortable setting for all potential uses. After many sketches, I chose three of designs that fit within the parameters that had been set.

Using Fusion 360, three virtual models were created and used to visualize how they would look in a real world. After final analysis and picking the strongest design, every component I wanted to analyze was printed. I used my Lulz Bot Mini 2 printer using verbatim PLA to print each piece and assemble the scale model.

The expectations were met by giving the chair armrest large enough to rest a book or a laptop comfortably. By not using the traditional four-leg design, I was able to leave a larger void underneath the chair for a vacuum to pass under without being encumbered. Combining the smooth swopping curves with the flat rigid angles, the look of something stable and grounded with a whim of flow was achieved.